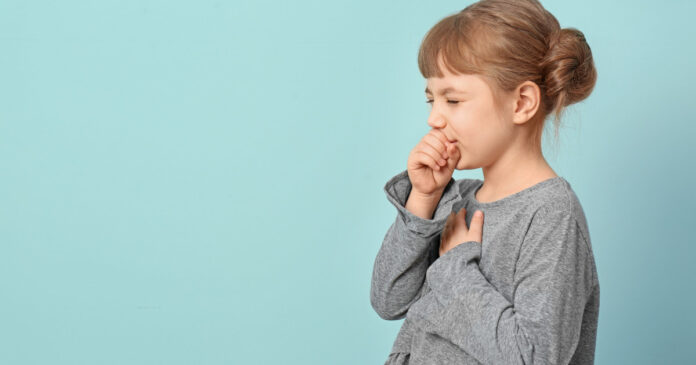 We have all experienced hiccups more than once in our lives. If it happens once it usually causes laughter, but when it happens repeatedly it becomes quite annoying, since we cannot control it. But, where does that strange sound that comes out of the throat without warning come from?

Contrary to what we think, hiccups do not start in the throat or mouth, but in a muscle called the diaphragm, which is located between the lungs and the stomach. This dome-shaped muscle is primarily responsible for breathing: in the normal course of breathing, the diaphragm contracts rhythmically and continuously, allowing air to flow in and out of the lungs.

Hiccups appear when, due to a problem in the diaphragm, this muscle undergoes a spasm and the normal rhythm of the process of exchanging oxygen and carbon dioxide with the outside is altered. But beyond its motor origin, the function that hiccups have in our body is still unknown and this continues to be a great enigma for researchers. In this article we will discover a little more about hiccups and the different known causes of this involuntary physiological process.

In essence, hiccups are a reflex, it originates when the normal breathing process is altered, due to a spasm of the diaphragm. When this dome-shaped muscle contracts repetitively and uncontrollably, it forces the lungs to release air in a sudden, jerky manner, producing the characteristic sound we associate with hiccups.

Whenever the diaphragm undergoes a sudden and rapid contraction, the larynx and vocal cords snap shut, forcing air rapidly into the lungs. The body responds with a jolt or a sound. The hiccups start and stop for no apparent reason. And while it’s annoying, it usually lasts less than a minute. However, in some cases episodes of more than 48 hours can occur, this condition is known as persistent hiccups or chronic hiccups.

Hiccups can be annoying at times, but it’s natural and usually doesn’t hide anything serious.. However, when it occurs frequently or the episode lasts much longer than normal, as in the case of chronic hiccups, there may be an underlying condition that requires a doctor’s attention. In addition, in the case of chronic hiccups, it can lead to other physical and mental health problems, since it can affect sleep and eating, but also mood. Recurrent hiccups can affect the quality of life and relationships of people who suffer from it.

Why does the hiccups appear?

There are many reasons why hiccups occur and although we know the process, the origin is unknown. Research has recently been conducted to understand why the diaphragm spasms so frequently and whether some factors are more determinative than others. Some causes of hiccups are more common than others. The most common triggers are responsible for almost all cases of hiccups and cause brief, mild hiccups. Less common triggers are related to chronic or recurring hiccups.

100% of people have experienced hiccups at some point in their lives, and we will all experience it many more times. Usually, hiccups appear when there is a failure in the nerve responsible for controlling the expansion and contraction of the diaphragm. Breathing is an involuntary process. The autonomic nervous system controls the function of the diaphragm muscle, and sometimes control can be lost for a moment. As we have seen, when this happens, hiccups appear. There are many reasons why the system responsible for controlling breathing can stop working properly, from being born with a nerve problem to muscle irritation.

There is no exact list of things that cause hiccups, but many reasons that can cause hiccups are described. Hiccups, just as they appear, often disappear on their own and for no apparent reason. There are some common causes for which a person can have hiccups, such as smoking, drinking carbonated drinks, drinking too much alcohol, changes in temperature, sleeping little, being stressed or eating too much or too fast… Etc.

As we see, the function of the diaphragm can be negatively affected by many daily situations. Also, some sore throats and gastroesophageal reflux can lead to more severe and recurring cases. However, hiccups do not appear the same in all people, this also remains unknown. Some people hiccup every time they enjoy a large meal. without this being considered pathological, and others present hiccups in a very anecdotal way. The different functioning of the nerve that controls the diaphragm can have many different causes, still unknown.

Hiccups are usually not a sign of any underlying health problems and people don’t need to worry. Unless it lasts a long time or the episodes recur, hiccups should not need any treatment. However, hiccups that last longer than 48 hours are considered chronic and should be a reason for medical consultation.

Some recurring hiccups are due to serious nervous system problems and may hide an underlying pathological condition.. A rapid diagnosis can affect the development and evolution of the disorder that causes it, which is important, since there is no cure for many neurological problems, but early treatment can be offered.

There are many other reasons why hiccups can persist longer than is considered normal. These causes include alcohol abuse, having undergone general anesthesia for surgery, having diabetes, taking steroids or tranquilizers, having kidney disease, or hormone disruption due to various conditions. Although this is not always the case, the people who have on their list, one or more of these risk factors are more likely to experience prolonged episodes of hiccups than the rest of the population.

How to make hiccups disappear?

As we have seen, there are many circumstances and situations that can increase the risk of hiccups, such as emotions, alcohol, smoking, food, etc. There are remedies that can help the hiccups disappear, although they are not 100% effective.. It is important to insist that if the hiccups appear recurrently or prolonged, you should see a doctor, to find out what the underlying problem is and offer a treatment plan.

Relax and breathe in a slow and controlled way: the best thing to do for the hiccups to disappear is to wait, since this physiological process goes away as it comes, and breathing and the diaphragm return to work in a correct and coordinated way, a few minutes after the onset of hiccups. But, if this lasts for more than five minutes – or more – or discomfort in the abdomen begins to be noticed, a series of guidelines can be put into practice to make it disappear voluntarily.

As with other conditions, being unsure of the source of the hiccups, the guidelines may not work for some people. In addition, it is difficult to have control over the autonomic nervous system and force the diaphragm to stop contracting as it has been doing. One of the most useful techniques to end hiccups has to do with breathing control. You can hold your breath for a few seconds or limit the amount of air that goes into your lungs by using a paper bag.. Other home remedies include:

There is no sure way to stop hiccups, and these methods may not work for some people.. If you have hiccups frequently without it being worrisome, there are different ways to prevent it, including not exposing yourself to the most common factors that cause it. It has been proven effective for the prevention of hiccups: avoid copious meals and do not drink carbonated or fizzy drinks. In addition, not exposing yourself to stressful situations or reducing alcohol consumption can have benefits for the proper functioning of the nervous system.

Hiccups, except in exceptional cases, are natural and are not worrisome: 100% of the population have hiccups occasionally, and they usually do not hide any more serious health problem. It is a simple reflex of the nervous system, which involves the diaphragm, in different common situations such as overeating or drinking fizzy drinks.

Usually, hiccups, just like they appear suddenly, disappear without warning in a few minutes. Although it goes away on its own, hiccups are an annoying feeling and if it lasts for more than a few minutes, there are a number of home remedies that can help it go away more quickly. Some guidelines can also be applied to help prevent its appearance. Finally, if the hiccups last more than 2 days, it is advisable to see a doctor to find out and treat the underlying health problem.

What are they and what happens in each one?