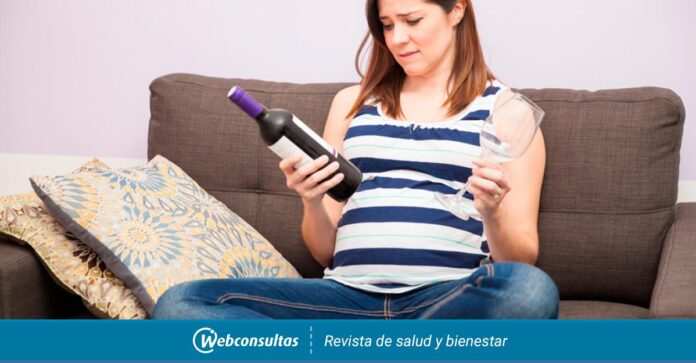 Having healthy lifestyle habits is especially important for pregnant women since, although you do not have to eat for two, as was said in the past, you do have to take care of yourself for both – mother and baby – and among the things that are prohibited during pregnancy are tobacco and alcohol. A new study has revealed that drinking alcohol early in pregnancy can alter gene function during embryonic development and, as a consequence, cause developmental disorders and, above all, neurodevelopmental disorders.

The prenatal alcohol exposure causes a wide variety of birth defects, known as fetal alcohol spectrum disorders. To study the effects of alcohol exposure in early pregnancy, the researchers selected newborn placentas whose mothers had consumed alcohol up to the seventh week of pregnancy at the latest and, to analyze the impact of alcohol exposure on the first human cells, were also exposed to this substance cultured human embryonic stem cells.

“We observed similar alcohol-associated alterations in DNA methylation in the placenta and in cultured human embryonic stem cells,” explained PhD researcher Pauliina Auvinen. The findings – published in BMC Medicine– indicate that the alterations found are related to alcohol exposure, not to the mother’s smoking or other environmental factors during pregnancy, which are difficult factors to exclude in any study in humans.

How the mother’s alcohol consumption affects the baby

Neonates who had been exposed to alcohol early in gestation had similar birth weights and heights to those whose mothers had not drunk alcohol, but their head sizes were nevertheless significantly smaller. In the investigators’ opinion this may suggest that early prenatal alcohol exposure has adverse effects on brain development. Furthermore, together with the observed epigenetic changes, this underscores the importance of the early intrauterine environment for development. fetal development.

The results of the new study show that genes with alcohol-associated DNA methylation changes both in the placenta and in embryonic stem cells were especially linked to the development of the nervous system. “Alcohol induced similar changes in the DPPA4 gene in the placenta and in embryonic stem cells differentiated into neural cell lineages. This gene is only expressed at the beginning of embryonic development and the protein produced facilitates cell differentiation. Therefore, it is a necessary gene for embryonic development”, says Nina Kaminen-Ahola, leader of the study.

Prenatal alcohol exposure was also associated with changes in DNA methylation in the gen FOXP2which is necessary for the development of speech regions in the brain during embryogenesis. “Both genes affect large regulatory networks of genes and development. Alterations in their functions can disrupt tightly regulated embryonic development and consequently cause a wide variety of developmental defects. Since these alterations occur early in development, they can remain as the epigenetic memory of cells and potentially be transmitted to different cell types and tissues throughout cell divisions,” concludes Kaminen-Ahola.

The authors of the research have proposed that these universal alterations or “epigenetic fingerprints” of prenatal alcohol exposure could become future biomarkers that would allow a early diagnostic and personalized treatment during the development of affected children.