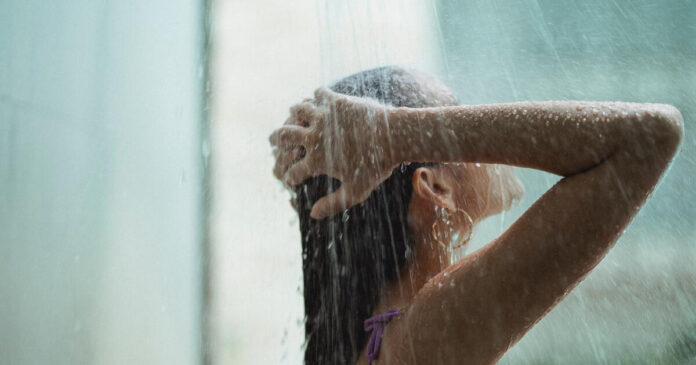 Good hygiene is necessary for the maintenance of health. Hygiene habits help prevent disease and promote a healthy lifestyle. The shower helps us relax and improves self-esteem. This habit also favors our immune system by eliminating two of its biggest enemies from our skin: dirt and germs. In addition, thanks to soap and water we eliminate accumulated toxins in the body and increase blood circulation. Consequently, many people consider showers essential to daily life.

Although, there has always been some controversy surrounding the ideal frequency of bathing. This topic commonly reawakens interest, when a celebrity makes a new on-camera statement about their hygiene habits, or a new study is published that rebuts the customs. These investigations are focused on elucidating whether or not daily showers are healthy for the skin.

A recent study published by the University of San Diego states that showering too frequently can damage the dermis, making it thinner and more susceptible to infection. So people shouldn’t shower every day. Instead, the study recommends showering every other day. In this article we expose all the theories surrounding the question: How often should we shower?

The frequency of the shower, to debate

A 2020 study declared Spain the cleanest European country in terms of showers. Apparently, the Spanish spend an average of 48 hours a year underwater. In addition, the data show that young people tend to raise this average; 50% of them shower one or more times a day. Also, as statistics show, only a low percentage of Spaniards -less than 10%- adhere to the shower time recommended by the World Health Organization, which is 5 minutes. The average time in Spain is more than double: they spend 12 minutes under the shower every time we do it. Some believe that this is the line between hygiene and excess of it.

Although there are no unanimous rules that determine how often we should shower, it is important to keep in mind that extreme cases should be avoided. Showering too much is just as unhealthy as showering too infrequently. Instead, a healthy middle ground should be opted for. This is considered roughly three to four times a week for most. But, as we are going to see, it is still controversial and different parameters can influence this frequency.

Some publications and scientific studies in the United States led the trend of bathing babies one day a week. This had benefits that were not related to hygiene; it reduced water consumption throughout the United States and did not worsen the health of children. When asked Spanish mothers and fathers, they were willing to give up the fun of spending time with their children in the bathtub, but not the therapeutic effects of the water. According to them, the bathroom is essential for their children to fall asleep more easily.

Also in North America, many people from the world of Hollywood are against taking a shower every day. This trend started with the couple formed by Ashton Kutcher and Mila Kunis. Although, both actors maintain a minimum level of hygiene: Kutcher has declared that he only uses soap to clean his body once a week and that they only bathe their children if they see dirt on their skin, since they see no point in doing so anymore. beyond that.

Actor Jake Gyllenhaal has also been particularly vocal about his lack of daily showers. He stated that he washes his armpits and crotch every day, but he doesn’t go under the water. The actress Kristen Bell explained in an interview that she only bathes when her body asks her to do so naturally; that is, thanks to the smell. She assures that it is the way to know if she has any bacteria in her body that she must eliminate.

Many people use the terms relax or tonify when referring to showers or baths. Often the shower is used not only as a method of cleaning, but to relax tense muscles or wake up before a night out after a long day at work.. And it’s one of the main reasons people take more than one shower a day.

As we can see, there are two sides when it comes to the frequency of showers. The first extreme is made up of the people who claim that people shouldn’t shower more than once a week. The other extreme loves the shower and believes that maximum relaxation and energy can be achieved by using the right products. However, some people shower more than twice a day, even more in certain regions. Which would be too much.

Excessive showering is discouraged due to more than just wasted energy. There are also health problems with showering too often, such as skin irritation and mold buildup in humid environments. Experts recommend showering regularly; however, there is nothing that forces us to do it daily. Instead, a partial scrub is suggested, which involves washing your feet, groin, and underarms.

So how often do you have to shower?

Our skin releases a series of oils and sweat that help our skin stay healthy.Therefore, the ideal is to find a balance between hygiene and the appearance of these substances. Overhygiene could cause cracking of its outer layer or dry skin, among other things.

The skin microbiome is a thin layer of beneficial bacteria that helps the dermis stay healthy. Wearing this layer can have unintended consequences, but don’t forget that showering helps fight dirt, which makes it difficult for the skin to heal naturally and can be responsible for certain infections.

The lipid layer of the skin is made up of organic molecules that naturally protect its surface. It also prevents the passage of bacteria, viruses, mites and other germs. The acidity pH of the coat is around 5.5, this is what allows the skin to maintain its protective functions. The skin can deteriorate or be altered by frequent baths and the inappropriate use of soaps. Experts report that our skin is only able to withstand one shower a day to maintain its protective properties. Exceeding this limit can cause skin diseases such as atopic dermatitis or pityriasis. It can also cause the skin to develop allergies. Furthermore, it is crucial to keep the pH level constant, as altering it can cause various problems in the long run.

Cleaning dirt with water is enough to keep us healthy. If we use more than one product at the time of showering, we run the risk of eliminating some of the healthy microorganisms in our body. This will leave room for harmful bacteria and fungi to grow. Therefore, it is better to take one large shower with all the products you need instead of several smaller showers.

As we’ve said, the right amount of cleaning is somewhere in the middle. As one infectious disease expert suggests, most people cleanse for cosmetic reasons. People believe that showering frequently makes us cleaner, but this is not true.; the most effective way to prevent bacteria and disease is to wash your hands frequently.

Also, not only soaps, but also overexposure to water can alter the skin. Constantly soaking in a hot shower can cause the skin to lose some of its natural oils and bacteria. This can lead to changes in the skin’s immune system, which can make it more susceptible to bacterial and fungal infections.

Therefore, if we follow the conclusions of the latest studies, they affirm that the ideal is to shower between two and three times a week, although this depends on each case. Do not forget that it is best not to do it excessively and be attentive to signs such as the smell that indicate if there are bacteria. If there is dirt, it must always be removed.

The World Health Organization establishes that we should not spend more than five minutes in the shower. This is because excessive consumption can overload water and energy resources. Regarding the way to shower, experts advise against lathering the entire body with water and cleaning products. This can dry out and weaken your skin, leaving you vulnerable to infection. Instead, they recommend applying soap only to certain areas: the armpits, buttocks, and groin. These are the areas that produce the most secretions and therefore need the most cleaning attention.

It is best to start washing with lukewarm water. Hot or cold water can dry out the skin, which can lead to problems like atopic dermatitis. It is also recommended to use neutral soap without added perfumes. It is also suggested that when showering, it is better to use soft pads instead of abrasive sponges.

As for drying, it is best to do it slowly; rushing can lead to sweating. After a shower or bath, you should use a soft towel to remove moisture from your body. You need to specifically pay attention to areas like the armpits, fingers, and any creases where moisture can collect.