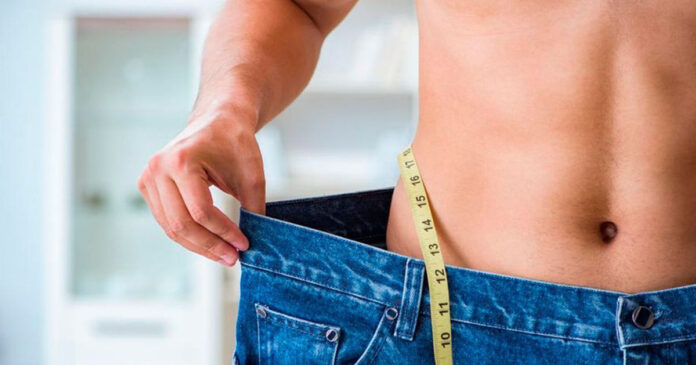 Thanks to the burning of calories we obtain the necessary energy to complete the basic physiological functions of our body such as: breathing, circulating blood and completing the different cellular processes. We burn calories all the time, every time we exercise, move around, or just go about our daily tasks.

The daily caloric requirement varies between genders and other individual parameters such as height, weight and age. For most women, you need to eat between 1,600 and 2,200 calories a day.. Caloric expenditure increases in men, who on average need to consume between 2,200 and 3,000 calories a day. In addition, each person’s caloric requirements vary based on activity level and other bodily factors.

There are many variables involved in figuring out the answer to how many calories someone should burn (and eat) on a daily basis. In this article we explain why setting an exact amount can be counterproductive.

How many calories do you have to burn daily?

Actually, questions about daily caloric expenditure are not as important as we think. As we have seen, the main reason is that the details of how a person’s metabolism works are still unknown, so establishing your metabolic rate is still pretty imprecise. Also, it is dangerous to overemphasize calorie restriction or expenditure, especially when counseling someone with an eating disorder.

It is wise to focus on the quality of calories consumed per day, rather than the quantity of calories. All calories contain the same amount of energy, but are processed differently. The physical activity guidelines emphasize the importance of focusing on what physical activity offers rather than what it takes away: the importance of exercise should not be judged by the number of calories it burns; instead, its value should be judged by what it provides to the user, such as better overall health, including improved sleep hygiene, decreased risk of cardiovascular disease, increased energy, better stress management, and strengthening of the body. immune system.

Metabolism refers to the process of burning and growing cells in our body.; in the most basic explanation of it, it consists of taking things from the outside to use them in the internal processes of the organism. The definition of a calorie boils down to the general energy needs of the body. When someone does not consume enough calories, their organs and physiological systems will not be able to function properly.

Calories provide the body with the energy it needs to function throughout the day. However, the resources that are borrowed from outside are not just energy, they include elements such as vitamins, water, oxygen and food.

Food is primarily responsible for both cell growth and energy production to carry out the different processes essential for life. Proteins, or amino acids (building blocks of proteins), are the essential builders of cellular organs and what allows them to grow. Because of this, people trying to build muscle increase their protein intake. When cells use food to grow or get energy, it is the great secret and magic of metabolism.

The reasons why one person’s metabolism may be slower than another’s depends largely on circumstances. Although this is usually the consequence of a reduced number or a malfunction of the mitochondria. In these cellular organelles the process of combustion of food is carried out, where the necessary energy for the functioning of the organism is obtained. If the mitochondria stop working properly, this results in reduced metabolism.

There are a few theories to explain why a cell’s mitochondria or metabolism slows down. A 2021 study found that age negatively influences the rate of metabolism, but not a steady downward function as previously thought. The results showed that children between one and 15 months of age had a metabolism 50% more active than that of an adult. From that moment on, metabolic functions generally decrease -but very little- until 20 years of age; then the metabolism stabilizes until the age of 60, and begins to decline again.

In addition, the study established that the main reason why men had higher metabolic rates than women is because they had a greater amount of muscle mass; that is, it is not sex but the proportion of muscle tissue that increases metabolism. Studies have also shown that various pathological conditions, such as hormonal disorders and diabetes, can alter a person’s metabolism. The metabolism is also altered during the pregnancy period. The research indicates that the metabolism of the general population has decreased over the last two centuries.

Is it important to count the calories we burn?

Society tends to measure diets, nutritional needs and also the success of physical exercise in terms of calories. Labels on the back of foods include a nutrition information section for a 2,000 calorie diet. Many exercise machines tell users how many calories they have burned while using them. Some wearable fitness trackers, like smartwatches, also let you know how many calories a person has burned throughout the day.

The calorie-focused discourse in the fitness world is hard to avoid. However, some health professionals indicate that using these standard metrics to measure or improve our health is of little use. This is because caloric expenditure is something individual; It is part of a person’s metabolic processes, which are conditioned by different factors such as genetics, age, environment and the chemical composition of the food that is ingested.

Dietary guidelines suggest a consumption of between 1,500 and 3,000 calories per day. This number depends on the person’s gender, age, and level of physical activity. In 1896, the concept of an average diet of 2,000 calories a day was first introduced. This number was intended to provide a standardized method for mass feeding of soldiers, schoolchildren, and inmates.

Consequently, the focus of the calorie was not on health; was intended to make it easier for the government to feed large groups of people he had to take care of. In summary, the number of calories that should be burned or ingested per day is imprecise, since it depends on numerous factors.

What should we do instead of counting calories?

Instead of counting calories, we should focus on eating healthy, whole foods. It is recommended to consume foods with a low glycemic index, in small meals. These foods include lean proteins like turkey, chicken, and fish; berries and vegetables; and certain nuts and seeds such as cashews, macadamia nuts, almonds, and pistachios. In addition, it is recommended to opt for the healthy fats found in avocado, sardines and anchovies.

Foods with a low glycemic index help keep energy levels stable throughout the day. In addition, these foods help to maintain a healthy microbiota and avoid intestinal problems: an unhealthy intestinal microbiota is associated with fatigue, slow digestion and poor absorption of nutrients. However, a healthy and balanced microbiota allows for optimal nutrient absorption and efficient digestion.

It is important to note that diet is an individual thing. Different people may require different nutritional contents; the feed of another -or the fashion influencer- may not be suitable for us. In the case of not finding a dietary plan that works for us, we can consult with a registered dietitian, to find a diet that suits our individual needs and tastes.