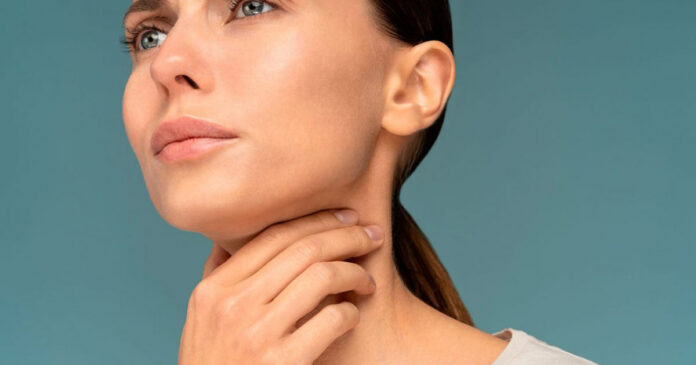 If we refer to its etymology, the word dysphagia comes from the Greek and is divided into two words, “dys” which means difficulty or alteration and “phag” (phagia) which means eating or swallowing. Dysphagia refers in the medical field to the difficulty swallowing that some patients present. Normally, dysphagia occurs when swallowing certain solid foods, although some patients may also have difficulty swallowing certain liquids, and in more severe cases of this pathological condition, some people are not able to swallow at all.

The cause of dysphagia is in most cases of neuralgic or muscular origin, and it can be quite painful. This alteration of the swallowing mechanism is more common in infants and the elderly. Dysphagia often appears as a symptom or sign of other diseases. Although in some cases it may not accompany another disease and present as a pathological condition in itself. There are a large number of underlying causes that can lead to swallowing difficulties, for example a sore throat.

If dysphagia occurs only temporarily and not more than twice, it is usually not serious, nor does it indicate that there is a pathological condition behind the difficulty in eating certain foods. However, if this swallowing problem occurs persistently, it is important to see a specialist to offer a diagnosis and possible treatment.

Dysphagia is the medical term used to describe difficulty swallowing food or liquid. that some people present. Some people just can’t swallow food, while others can’t swallow either solid or liquid food. While some people affected by this disease are unable to swallow at all.

The causes of dysphagia are varied, it can represent a symptom of an underlying disease or be a condition in itself. Typically, the causes of dysphagia have to do with diseases or conditions that affect the muscles and nerves, and the condition can be divided into three or two main categories, depending on the scientific literature. Esophageal dysphagia, which affects the esophagus, and oral dysphagia, which occurs in the throat. There is a third alteration, pharyngeal dysphagia, the origin of the pathology is in the pharynx and may be an underlying symptom of a neurological disease such as Parkinson’s. Most texts combine these last two and speak of oropharyngeal dysphagia.

Difficulty swallowing, which is the main symptom of dysphagia, is often accompanied by choking, coughing, and a feeling that something is stuck. in the throat or chest. Dysphagia makes it difficult for a person to eat, and to get enough calories and nutrients that he needs to meet all his daily requirements. Over time, dysphagia can cause weight loss, as well as other serious complications that affect the body, such as malnutrition and dehydration.

The diagnosis of dysphagia includes different techniques that allow the speech therapist or swallowing specialist to determine which part is altered. The treatment of this condition includes pharmacological or surgical treatment that will depend on the type of dysphagia and the underlying cause.

Problems originating in the throat or esophagus are the most likely cause of swallowing difficulties. Mainly, there are two types of dysphagia: oropharyngeal and esophageal dysphagia. Depending on the type of dysphagia, the origin of the disease may be different.

Patients with oropharyngeal dysphagia have trouble swallowing, cough when they eat, and may regurgitate food through their nose. In this type of dysphagia, food fails to reach the esophagus correctly and remains in the throat and pharynx from where it has to be expelled. When swallowing patients, they can choke and drown. They may also feel like food or liquid is going down the windpipe or up the nose. This poor conduction of fluids can cause pneumonia.

Some disorders can affect swallowing, such as multiple sclerosis, muscular dystrophy, and Parkinson’s disease. Swallowing can also be affected by long-term neurological damage or nerve damage caused by a stroke or spinal cord injury. Zenkers’ diverticulum is a small pocket that forms in the throat and causes difficulty swallowing, gurgling sounds, bad breath, and frequent coughing or clearing the throat. Some cancers and cancer treatments can also cause trouble swallowing.

Often, patients with dysphagia are unaware of the condition.They simply think that this difficulty swallowing may be due to inflammation or something less serious. In these mild cases, dysphagia goes unnoticed, but without treatment, the chance of aspiration pneumonia (an infection of the lungs that can occur from inhaling saliva or food particles) increases. Not being diagnosed with dysphagia can also cause malnutrition and dehydration.

The symptoms of dysphagia mainly include choking on food, difficulty swallowing, and the feeling that food is stuck in the mouth, throat, or chest (behind the breastbone). When swallowing, a person may cough or gag. He might also drool. Food or stomach acid may back up into the esophagus and even into the throat. The dysphagia patient frequently presents with heartburn, since the flow returns again and again. In some conditions, patients may present with hoarseness, unexplained weight loss, and recurrent pneumonia. Some patients may feel that they cannot control their saliva.

Dysphagia treatment will depend on the underlying cause of the condition.

To treat oropharyngeal dysphagia, you can see a speech therapist or a specialist in swallowing pathology. Swallowing exercises can help, on the one hand, the muscles involved in the swallowing process and, on the other hand, they can stimulate the nerves that trigger the swallowing reflex that are not working properly.