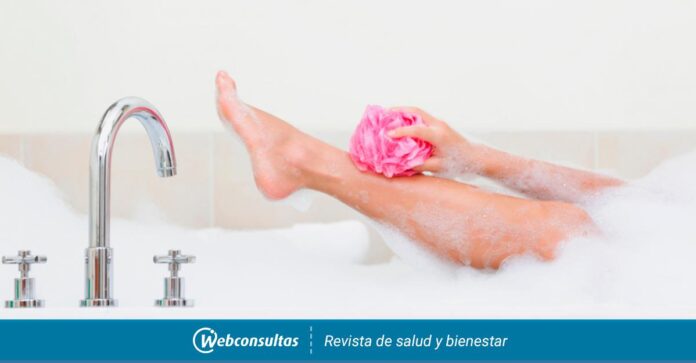 Premature babies can suffer numerous health complications, and finding out why some births occur early would allow steps to be taken to prevent this. New research has revealed that certain chemicals that accumulate in the vagina and that could be caused by personal care products can contribute to the pregnant woman having a part premature spontaneous.

The study was conducted by researchers at Columbia University’s Vagelos College of Physicians and Surgeons, who analyzed data from 232 pregnant women and found that a group of non-biological chemicals containing some cosmetics and hygiene products are strongly associated with preterm birth, as they have published in Nature Microbiology.

“Our findings suggest that we need to take a closer look at whether common environmental exposures are causing preterm births, and if so, where these exposures are coming from,” said Tal Korem, co-director of the study and an assistant professor in the Mathematical Genomics Program and Columbia Departments of Systems Biology and Obstetrics and Gynecology. “The good news is that if these chemicals are to blame, it is possible limit these potentially harmful exposures”.

Preterm birth is considered to be that which occurs before 37 weeks of pregnancy and, in addition to being the main cause of neonatal death, it is also related to different lifelong health problems. Two thirds of preterm births occur spontaneously, but there are still no methods capable of predicting or preventing spontaneous preterm birth.

“Vaginal metabolites have the potential to predict, months in advance, which women are likely to give birth early”

Previous studies had indicated that the imbalances in the vaginal microbiome influence premature birth and the appearance of various problems during pregnancy. However, it has not been possible to reproducibly link specific populations of microorganisms with disorders of pregnancy.

The authors of the new paper decided to study the vagina metabolome. The metabolome is the complete set of small molecules found in a particular biological niche, including metabolites produced by local cells and microorganisms and molecules that come from external sources. “The metabolome can be seen as a functional readout of the ecosystem as a whole,” Korem explained. “The microbiome profile can tell us who the microbes are; metabolomics brings us closer to understanding what microbes are doing.”

The researchers measured more than 700 different metabolites in the second-trimester metabolome of 232 pregnant women—80 of whom experienced preterm labor—and found numerous metabolites that were significantly higher in women who had delivered early compared to with those who had given birth at term.

“Several of these metabolites are chemicals that are not produced by humans or microbes, what we call xenobiotics”, Korem said. “These include diethanolamine, ethyl-beta glucoside, tartrate, and ethylenediaminetetraacetic acid. While we did not identify the source of these xenobiotics in our participants, they can all be found in cosmetics and hygiene products.”

This group of scientists also used machine learning models to develop a algorithm based on metabolite levels that can predict preterm labor accurately, which could facilitate an early diagnosis. Although they obtained more accurate predictions with this model than with models based on microbiome data and maternal characteristics (such as age, BMI, race, or history of preterm and previous births), improvements are still needed. and new tests confirming its effectiveness before it can be used in the clinic.

Korem concludes that, despite current limitations, “our results demonstrate that vaginal metabolites have the potential to predict, months in advance, which women are likely to deliver early.”

What are the symptoms of meningitis? Is it possible to...

What is the Hiccup? Causes and ways to get rid...